A dark night of the soul is not something that one can choose to initiate — or participate in. The person's role in such a time is not significant. During this obscure time, God works in a person's unconscious to bring about healing and growth. 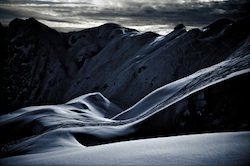 Dark Night of the Soul

God chooses when this happens one of his creatures or, for that matter, whether it happens at all.

Many people understand this period to be a period of severe suffering. That could be the case... especially if one definition of suffering is not being in control. However, suffering was not necessarily the meaning of it by Saint John of the Cross (San Juan de la Cruz). John was the Spanish mystic who originally coined this phrase during the 16th century, together with his close friend and fellow-mystic, Saint Teresa of Avila.

In fact, the first part of La Noche Oscure del Alma could also be translated as 'the obscure night'. In his brilliant book on this phenomenon, Gerald G. May states the following when writing about the experiences of Saint Teresa of Avila in this regard:

To use another word, things were obscure. This is the root meaning of the Spanish word oscura, translated as "dark," as in noche oscura, "dark night." As in the dark of a real night, Teresa could not see clearly.

The whole point of a dark night of the soul is not knowing. If we were aware of what was going on, we would disrupt or sabotage the process. We need to not know to get through it while allowing it to run its course and achieve God's goals.

The main purpose of it all is not to attain something. Rather, there's a certain consciousness — an awareness — that grows in the person who experiences this night. This will later lead to a full awakening — living from that 'higher mind' that Jesus refers to in his use of the word metanoia. God's presence is not something you attain, but something that's already there. You just become aware of it. You realize it... often through unlearning and getting rid of obstacles. That's why the journey of true spirituality is often referred to as a path of descent. You have to become less.

In order for this to happen, you have to stop identifying with your ego, or false self. And that can't happen without the person experiencing God's profound and deep love — something that happens during contemplative prayer and the constant awareness of God's presence.

The ego falling away causes some pain and suffering, but it's not real. It is your false self, causing you false pain. You can easily avoid with this 'suffering' by disassociating with your mind, your thoughts.

As we discuss elsewhere on NeoMysticism.com, all people are created with God's presence inside them, but also with a deep desire for God that can't be satisfied by anything or anyone but God.

What is the true definition of an ego? It is a mental construct or thought structure that we form as an identity of ourselves. It is the root cause of all our pain and suffering.

Our egos are formed in an attempt to satisfy this deep need through attachments and identification with form — basically a misdirected search for security, affection and happiness. The reason why we are trying to satisfy this need is because it is present and strong, but not yet satisfied by an intimate relationship with God.

The ego can only be put aside if our desire for God is satisfied by God Himself. Then and only then does the ego become useless.

To realize your true identity and start living from it, you need to stop identifying with your thoughts and emotions... That's what is meant by overcoming your ego. You need to attain a consciousness higher than the mind.

One way to allow this to happen is through a practice contemplative prayer (like centering prayer) and developing a constant awareness of God's presence at this higher level of consciousness. Suffering (in the context of not being in control) is often necessary for a person to start these practices and persevere with them.

How do you know of you are experiencing a dark night of the soul? You can learn more about this in Three Signs of a Dark Night.

If you think you might be experiencing such a night, be sure to read Navigating a Dark Night of the Soul (which I will load shortly) for some important pointers and some practical advice.

Return from Dark Night of the Soul to Mysticism Home Page

"How do you make attractive that which is not?
How do you sell emptiness, vulnerability and nonsuccess?
How do you talk descent when everything is about ascent?
How can you possibly market letting-go in a capitalist culture?
How do you present Jesus to a Promethean mind?
How do you talk about dying to a church trying to appear perfect?

— Richard Rohr at the beginning of his book Everything Belongs... 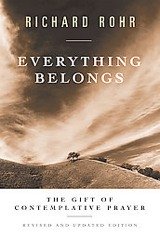 Most of the information, I — Dries Cronje — wrote here, I learned either from generous teachers who I'm infinitely thankful for,
or from personal experience. Feel free to write about these topics after you have blended it with you own experience. However,
please refrain from copying anything on this website as is, regardless of the format you want to use it in — written, verbal
or digital. That right I do reserve.